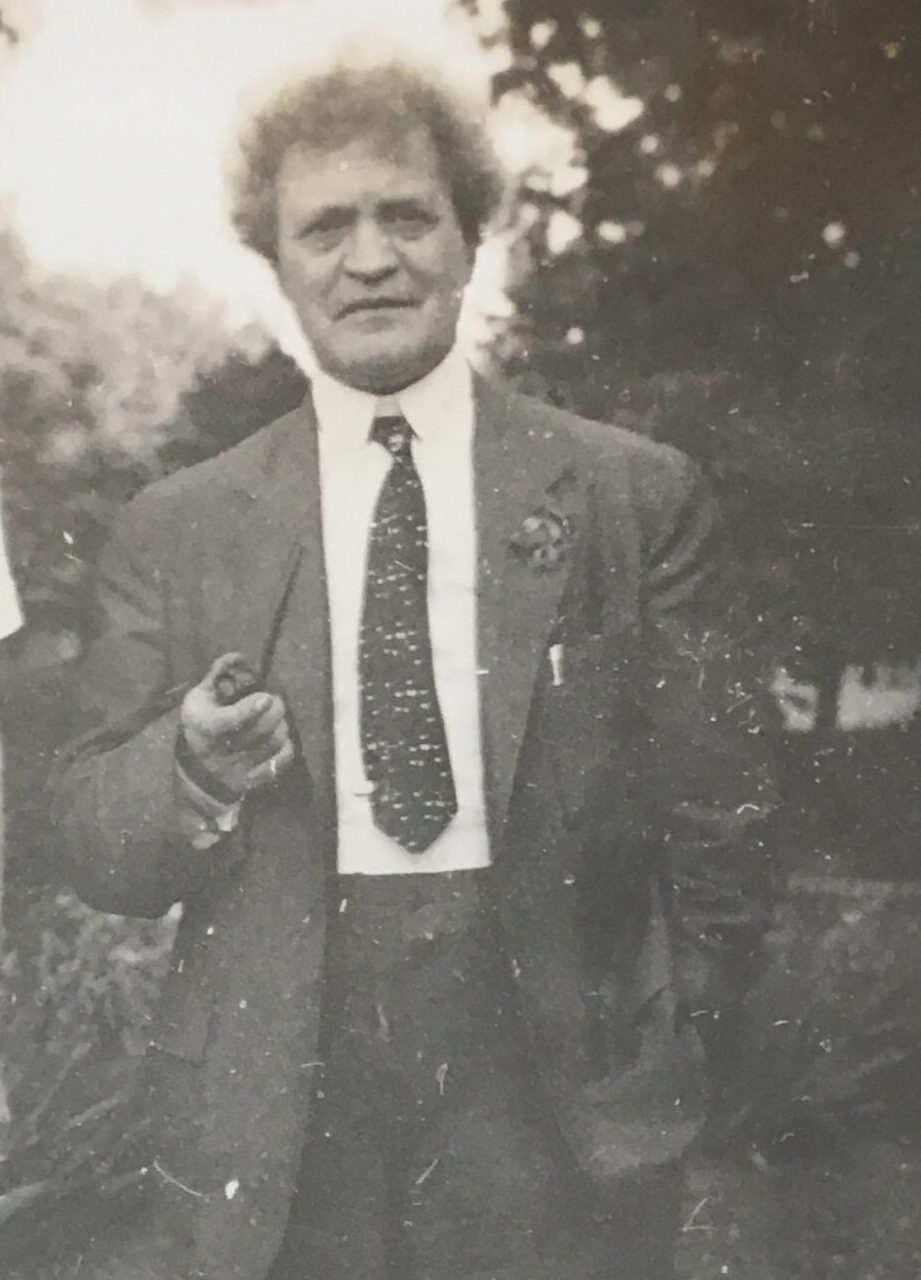 An intuititive healer from the early 1900’s

The life of JBS is sprinkled with the unusual, the spiritual, and the fantastic.  Mr. Stephenson had a curious and intuitive mind.  He worked hard, provided for his family, he was a generous man but he suffered no fools.  It did not matter, if anyone thought he could help the injured the sick or the dying, he was convinced his relationship with Jesus Christ enabled him to perform the wonders he did.  Over the 50 plus years of his career, he helped thousands of people while developing what he called ‘Creative Healing’.  Throughout his lifetime he would be shunned, ridiculed and prosecuted for practicing medicine without a license and at one time he was jailed for that offense.

Later it is rumored that he was given a presidential pardon by President Theodore Roosevelt because of his over 98% success rate in healing the sick. (I have heard of this paper for years but have not turned it up as yet).   There are hundreds of signatures on petitions written on the behalf of Stephenson to the Pennsylvania legislature to allow him to continue his work that we do have in our possession.  The impassioned letters from clients is a testiment to his success in helping those the medical profession at that time had given up on.

When it became time to teach his life’s work to someone he knew far ahead of time who that person would be.  Before his death he’d actually shared his work with over 200 people. and was adamant about his relating his life’s work the way he felt it should be shared.

It has come to be a mission of several students and instructors who have used Mr. Stepehenson’s Creative Healing for many years.  We want to share his story here.

I hope you find it as fascinating as we do.  I also hope it will entice you to learn more about Creative Healing so you can use it for yourself and your family to bring the body and mind into the perfection it was meant to be.

There are two books you may purchase about Stephenson’s method of Natural Healthcare.  Both are available on Amazon.com

Both books were written or edited by Patricia Blaine Bradley with help from her husband John, and John Hunt.  These books are the gold standard for Stephenson’s work.  There are other books that have been written by other practitioners in German or specifically for prenatal clients. 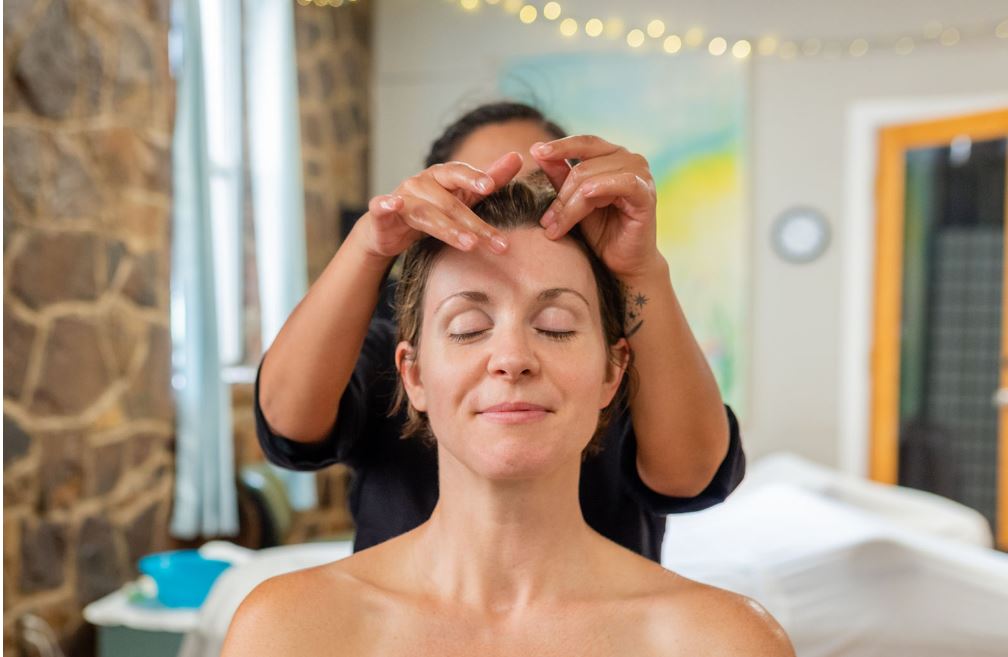 This is a type of bodywork anyone can learn

I have been teaching Creative Healing for over 20 years. Many of my students have been massage therapists who use it in their own practices but Mr. Stephenson believed that anyone with caring hands and the mind of the 12-year-old child could learn Creative Healing.

The General Treatment is simple and effective for relieving pressure in the head and sinuses.  It’s good for adults as well as children.  You may find the teaching video here.

An unusual story from the Biography written by Patricia Bradley 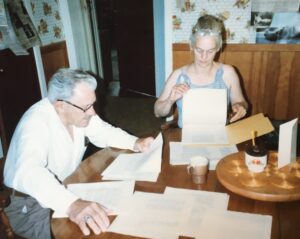 The mysterious grandmother of Mr. Stephenson

Stephenson was born in Wylam on the river Tyne in York County, what is now Northumberland, England. He was the seventh of eleven children and was actually the second child named Joseph in the family. According to his mother, Anne, the circumstance of his naming seemed strange to her. He writes:

When she was carrying me, she already had a son named Joseph. Yet, she said there was a voice always telling her that the child she was carrying was a man-child and his name should be Joseph. Strange to say, before I was born the child named Joseph died and she named me Joseph Bestford, giving me her maiden name.

Anne herself, whom Joseph remembered as a very special person, seems to have had some mystery in her own background. Her family was of French descent, having fled to England during the French Revolution to settle in Northumberland, England–happy to be safe, and satisfied to be part of the working class in England, Stephenson writes.

However, life was hard. Anne’s father, Joseph Bestford, was a poor miner who lost his first wife after the birth of their second child. Stephenson tells the story this way:

About this time a strange young lady came into the village of Wylam on Tyne. She lived in the hotel and was a mystery to the local people. She had enough money to live on and enjoyed helping the people in the village where she helped care for the children and taught the mothers how to clean house.

When she came to Grandfather Bestford’s cottage she found a widower with two children, with no one to take care of either house or children. She waited for him to come home from the mine and suggested that she take care of the house and children while he was at work and cook his evening meal. He was very happy with this arrangement. But she was a mystery. She spoke several languages, was very intelligent and refused any wages.

After several months of this, the mysterious helper waited one evening for Joseph Bestford to come home, staying to have dinner with him and the children. Stephenson continues:

After dinner, she said, “Mr. Bestford, the people in the village are talking and saying things about you and me. Since you need me more than anyone else I know, the only thing we can do is get married.”

“Do you mean that you would marry me just to keep the tongues of gossip quiet?” Grandfather said.

She felt it was the only way she could continue to care for the family. So they were married and lived happily together many years. Their first child, named Anne, became my mother. A much later second pregnancy resulted in the death of the mystery lady who was too weak to go through labor and the baby taken from her was brain-injured. So older daughter Anne helped to raise her brain-injured sister until her early death at age seventeen.

A further story was told about the woman of mystery, mother of Anne. The day she was to be buried, just before the time to carry her to the graveyard, there came six men, dressed in frock coats and high silk hats. They walked into the house and took charge of the funeral. They lifted the coffin on their shoulders and carried it a mile to the cemetery. They refused any funeral ceremony, lowered her into the grave and filled in the grave themselves. Then they went back to the Bestford home, left a sum of money in gold, and departed as mysteriously as they came. 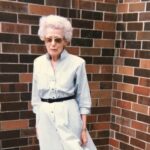 My 2 1/2 Years in Windber Hospital

Read the autobiography Mr. Stephenson wrote while he was in the hospital after a mining accident.